Pax Christi, the Dominican Sisters of Houston, Maryknoll Brothers and Fathers, and the Houston Peace and Justice Peace Club partner with the Rothko Chapel to commemorate the atomic bombings of Hiroshima and Nagaski. A procession, titled the "March of the Dead," starts at the Chapel's reflecting pool and proceeds throughout the neighborhood, ending back on the plaza. A vigil follows the procession, including a prayer for the souls of the dead and the abolition of nuclear weapons.

Commemorate the atomic bombings of Hiroshima and Nagaski. 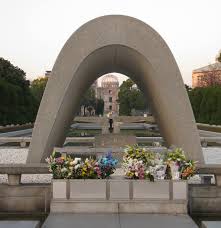