This annual service brought together leaders and members of nine faiths including Judaism, Islam, Christianity, Buddhism, Sikhism, Zoroastrianism, Baha’i Faith, Hinduism and Jainism to offer prayers of thanksgiving and read sacred texts on thankfulness. This year, the theme of the service was “Building Relationships,” which was inspired by Mayor Sylvester Turner, who said of Houston, "In this city, we do not build walls, we build relationships. We recognize that in our diversity is our strength."

In recognition of this turbulent time in our nation, we opened the Chapel early at 6:15 PM for participants to engage in personal reflection, prayer, and preparation for the exploration of our unique traditions at 7:00 PM.

Give thanks with practitioners from nine religious traditions. 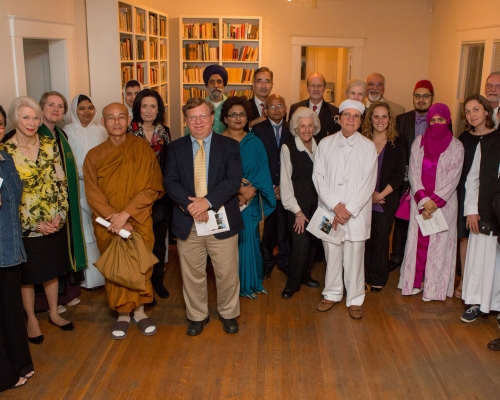