Learning to Walk in the Dark

Popular religious and spiritual teachers have a lot of positive things to say about “light” and “enlightenment,” but almost nothing to say about the value of “endarkenment.”  Yet darkness plays an essential role in the spiritual life, especially when the well-lit structures of old-time religion are falling down. What might it mean to learn to walk in the dark? Could this be a skill that none of us can do without? Ordained Episcopal priest and memoirist Barbara Brown Taylor shares her personal spiritual journey of learning to walk in the dark outside of organized religion. Barbara Brown Taylor is the Butman Professor of Religion at Piedmont College in rural northeast Georgia and currently a McDonald Lecturer at Emory University. An Episcopal priest since 1984, she is the author of 12 books, including the New York Times bestseller An Altar in the World. Her first memoir, Leaving Church, met with widespread critical acclaim. A book signing and reception on the plaza follows the program.

Learn about walking in the dark. 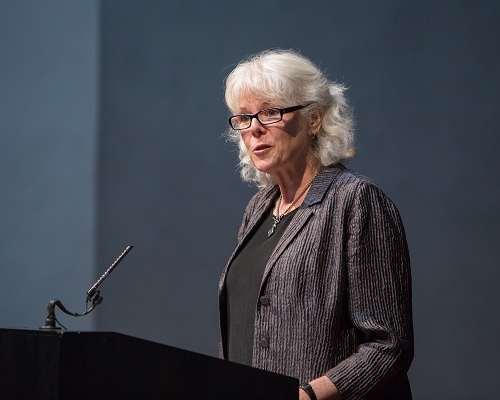