Music and Religion in the Age of the “Nones”

Music has always served as a vital means to communicate the large questions of human existence, often playing off traditional forms of religion. As the religious landscape in the United States changes with the rise of those who identify as spiritual but not religious, what might music tell us about the group commonly called the "Nones"?  Anthony Pinn, Ph.D. explores the ways in which some of the basic concerns and perspectives that mark this growing group are expressed and explored within music. Anthony Pinn is the Agnes Cullen Arnold Professor of Humanities and Professor of Religious Studies at Rice University, where he is also founding director of the Center for Engaged Research and Collaborative Learning as well as Director of Graduate Studies in the Religious Studies Department. He is the author/editor of 28 books, including Noise and Spirit:  The Religious and Spiritual Sensibilities of Rap Music. A book signing and reception on the plaza follows the program.

Learn about music and religion in the age of "nones." 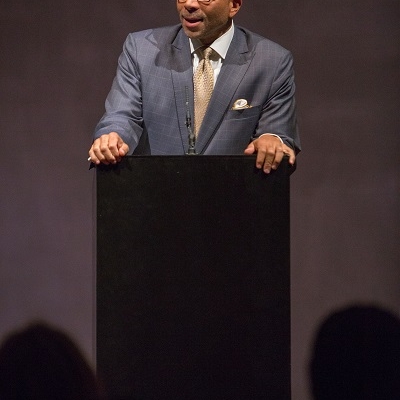