What happens when our ignorance of the cosmos is too vast to commit to atheism, we know too much to commit to a particular religion, and agnosticism is uninteresting? David Eagleman, Ph. D., emphasizes the exploration of new, unconsidered possibilities with the possibilian movement. Possibilianism represents the scientific temperament of tolerance for holding multiple ideas in mind, as opposed to committing to a particular story with insufficient evidence to do so. David Eagleman is a neuroscientist, New York Times bestselling author, and Guggenheim Fellow who holds joint appointments in the Departments of Neuroscience and Psychiatry at Baylor College of Medicine. Dr. Eagleman has written several books, including Incognito: The Secret Lives of the Brain, Wednesday is Indigo Blue: Discovering the Brain of Synesthesia, and Sum. Dr. Eagleman has written for the Atlantic, New York Times, Discover Magazine, Slate, Wired, and New Scientist, appears regularly on National Public Radio and BBC to discuss both science and literature, and has been profiled in the New Yorker. A book signing and reception on the plaza follows the program.

Explore what is possible. 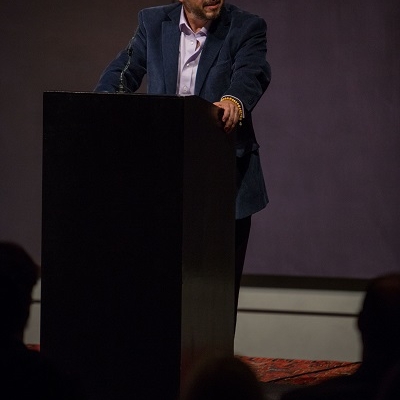