Rothko Chapel & the Journey of Its Restoration

Following an eighteen-month restoration, the Chapel has reopened to the public with transformed lighting that brings the space into alignment with the founders’ original vision for the first time. This conversation explores the original design of the Rothko Chapel, the importance of light within the building, the Chapel’s growing campus, and the creative process of the Opening Spaces Design Team. Adam Yarinsky is Principal of Architecture Research Office (ARO), a New York City firm dedicated to architecture that unites strategy and intelligence with beauty and form. ARO’s diverse body of work has received widespread recognition including the 2020 American Institute of Architects Firm Award and the Smithsonian Cooper-Hewitt National Design Award. Adam has taught and lectured across the United States, he has also written about the firm’s work. Adam holds an undergraduate degree in Architecture from the University of Virginia and a Master of Architecture from Princeton University. In 1980, George Sexton established George Sexton Associates, an office dedicated to providing consulting services in the areas of lighting design, and museum design and planning services. Mr. Sexton earned a degree in Architecture from Virginia Polytechnic Institute and State University. Prior to forming his own firm, he worked as a lighting designer for Claude Engle, as a museum specialist for the National Gallery of Art, as Acting Director for the Sainsbury Centre for Visual Arts in England, and as Chief Exhibitions Designer and Head of Design with the Fine Arts Museums of San Francisco. Thomas L. Woltz was educated at the University of Virginia and holds master's degrees in Landscape Architecture and Architecture. As owner and principal of Nelson Byrd Woltz Landscape Architects (NBW), Woltz has infused narratives of the land into the places where people live, work, and play, deepening connections between people and the natural world and inspiring environmental stewardship. He was named Design Innovator of the Year by the Wall Street Journal in 2013 and one of the most creative people in business by Fast Company in 2017.

Carol Mancusi-Ungaro serves as the Melva Bucksbaum Associate Director for Conservation and Research at the Whitney Museum of American Art and for over a decade as Founding Director of the Center for the Technical Study of Modern Art at the Harvard Art Museums. In 2009, she was elected a Fellow of the American Academy of Arts and Sciences, marking the Academy’s first recognition of art conservation, and in 2016 she was awarded the Forbes Prize by the International Institute for Conservation of Historic and Artistic Works, its highest honor. For nineteen years Mancusi-Ungaro served as Chief Conservator of The Menil Collection during which time she spearheaded the care of the Rothko Chapel paintings.

About the Opening Spaces Campaign

Opening Spaces is a vital capital project focused on enriching the Rothko Chapel experience by preserving the Chapel as a unique sacred art site and spiritual place, and featuring a new north campus and expanded green spaces. This $30 million capital project pays tribute to the first 50 years of the Chapel's artistic and spiritual legacy, while looking to serve new generations of visitors and community members. To learn more and support the campaign, click here. 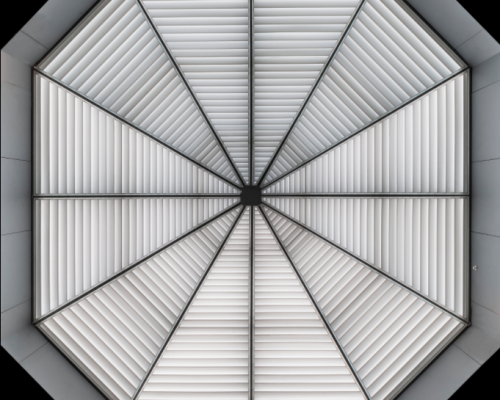