Accompanied by her band, singer and percussionist Vivalda Dula will take listeners on an exploration of her native Angola through her gift of song and storytelling. Mirroring the diversity of Angola, Dula's music travels through Kizomba, Semba, and Jazz. Her fresh and light sound marries the Afro- Angolan music sung in Kimbundu, Humbundu (Bantu languages from Angola), Portuguese, English, and Spanish. Vivalda began professionally her artistic career as an Afro-Contemporary dancer, performing in Angola and Spain. Free beer provided by Saint Arnold Brewing Company and other goodies provided by Trader Joe's, plus Texas Blizzard Shave Ice will be on site! 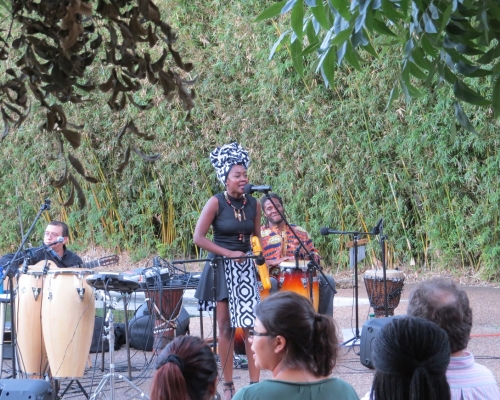