Taizé worship, originating from France, incorporates music and prayers with songs in many languages, including chants and icons from the Eastern Orthodox tradition. The music emphasizes simple phrases, usually lines from Psalms or other pieces of Scripture, repeated and sometimes also sung in canon. Kinley Lange has been working as a choral musician for almost 40 years, conducting children, youth, church, civic, and professional choirs. He was the founder and artistic director of Austin ProChorus, a chamber choir devoted to the music of living composers. In recent years his emphasis has shifted to composition, primarily of choral and vocal works. Many of his pieces appear regularly in festivals and concerts across the US as well as in Europe, South America and Asia, including performances at Carnegie Hall and the Vatican. 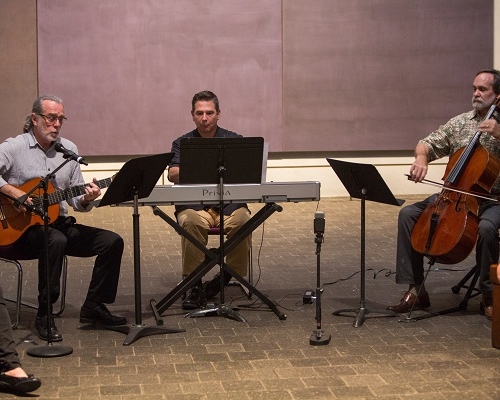