Leaders and members of nine different faiths across the city offered prayers of thanksgiving and read sacred texts on thankfulness. A reception followed the program.

The service started 33 years ago in response to the bombing of a storefront mosque. After helping to raise money to support the mosque's repairs, the Annual Thanksgiving Service co-founders George Atkinson and Garland Pohl wanted to find a way for different faith organizations to come together, as thanksgiving is a common value shared by all the major world religions. Initially, participants represented Judaism, Islam and Christianity, but within three years, Buddhists, Sikhs, Zoroastrians, Baha’i, Hindus and Jains joined the service. The creation of the event is a milestone in the development of interfaith dialogue in Houston. 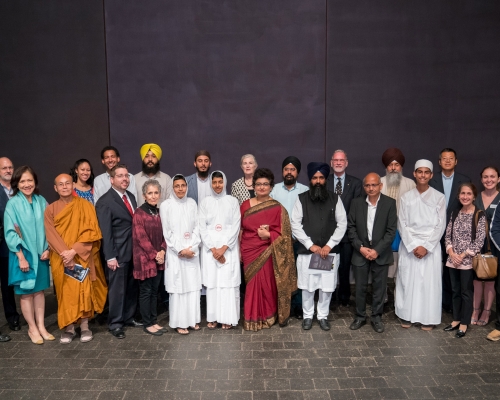