Concept of the Divine: Jerry Woodfill

Conversation with Jerry Woodfill, Former Apollo 11 and 13 Spacecraft Warning System Engineer
Moderated by Patricia Reiff, Professor in the Department of Physics and Astronomy and founding Director of the Rice Space Institute at Rice University
Pay What You Can, suggested value $15
Live Sign Language Interpretation was offered for this program

In the final program of the two year Concept of the Divine Series NASA Houston Engineer Jerry Woodfill shared his experience of monitoring Apollo 13's warning system when the vehicle exploded on April 14, 1970. Moderated by Patricia Reiff, Woodfill shared several "divine acts" that rescued Apollo 13, convincing him of the Divine.

About the presenters:
Jerry Woodfill has worked as a NASA employee at the Johnson Space Center for more than 52 years. Awarded a Rice Basketball Scholarship as a Hoosier, Jerry arrived in Houston in 1960. Receiving a Rice degree in electrical engineering, he was so impressed by hearing President John Kennedy’s 1962 Rice Stadium Moon Race speech that he joined NASA in 1965 and became the Apollo Moon Program’s Spacecraft Warning System Engineer, the only NASA employee to serve in this role. Jerry contributed to the designs of both Neil Armstrong’s Columbia and Eagle spacecraft warning systems as their warning system engineer.

Monitoring both at the time of the Lunar Landing, Jerry shares the account in programs often presented for the NASA JSC Speakers Bureau. Similarly, at his station the evening of the explosion of Apollo 13, Jerry was among the first to hear the crew’s call for help, “Houston, We’d had a Problem,” for it was Jerry’s warning system’s alarm which was first to alert Mission Control to the grave situation that might have resulted in the death of the crew.

As a result, Jerry was awarded the Presidential Medal of Freedom as a member of the Apollo 13 Mission Operation’s Team. For sharing the account scores of times yearly for NASA as a volunteer, Jerry was designated as educational outreach volunteer of the year as well as recipient of NASA’s Power of One Award.

Patricia Reiff is a Professor in the Department of Physics and Astronomy and was the founding Director of the Rice Space Institute at Rice University. Her research focuses on space plasma physics, mostly in the area of magnetospheric physics: “space weather.” She was the first person to prove, using Dynamics Explorer dual spacecraft data, that the aurora is caused by a mid-altitude electric field. She was a Co-I on the “IMAGE” magnetospheric imaging mission (launched March, 2000), Jim Burch, SWRI, P.I., and was the first to propose radio sounding of the magnetosphere, which that spacecraft included as a key instrument. IMAGE has been recently rediscovered (2018) and may soon return new data. She was a Co-Investigator on the “Peace” plasma instrument on the ESA “Cluster 2” 4-spacecraft suite which were launched in July and August 2000. She is a Co-Investigator for science and E/PO (Education and Public Outreach) on the “Magnetospheric Multiscale Mission” which launched in March 12, 2015. She is instrumental in bringing real-time space weather forecasts and “Space Weather” information to the public. Her “Space Weather” software, which can be found in many fine museums, can be downloaded free from MMS.rice.edu.

About the series:
Concept of the Divine series provides a unique opportunity for speakers to share how their personal concept of the Divine has changed over time and shaped their lives, their service to the community, and views about their place in the cosmos. As an organization committed to interfaith dialogue and engagement, this series offers an excellent opportunity to hear from people representing diverse faith communities and other sectors of society about this important topic. 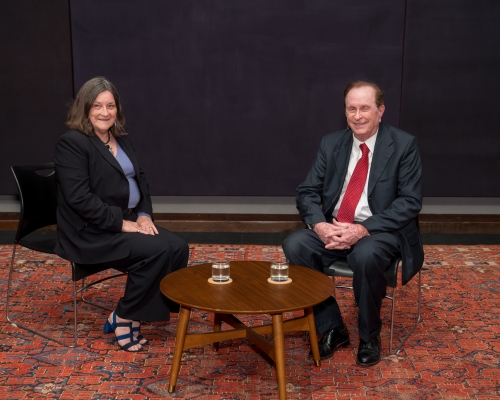