Over the next year, each Twelve Moments will highlight the role of music and sound in spiritual practices, and how these practices sustain us in the face of current challenges and injustices. For the month of February, the Rothko Chapel presents a meditation in the Bahá'í tradition, led by representatives of the Spiritual Assembly of the Bahá'ís of Houston, organized by Marcel Wormsley.

According to the Baha’i writings, music is “a ladder for our souls, a means whereby we may be lifted up unto the realm on high.” In the Baha’i tradition, music will often involve the setting of sacred writings to song and instrument, or may be in the form of a prayer chant. Join to experience an immersion into a slice of the musical soul of the Baha’i community, including performances by Badie Khaleghian (vocals, keyboard), TJ Stapleton (vocals, guitar), Walter Wagner (percussion), and Kamal Khanjani (vocals). The musical offerings will be uplifting, contemplative, and sublime, and are exemplary of what the Baha'i community may hear during periodic gatherings, devotionals and holy day celebrations.

About the presenters
The Bahá'í Faith has been part of the Houston community since the 1930s. The first Local Spiritual Assembly in Houston was established in 1942, and local members were involved in legal and social civil rights movement efforts from the 40s through the 60s. Since the early 2000s, the Houston Baha'i Center has made its home in Midtown Houston. Currently, the Houston Bahá’ís are involved in various community building efforts throughout the city, including children's education, junior youth groups, and study circles, all punctuated by regular devotional gatherings throughout the city, and firesides in homes and at the Houston Baha'i Center. To learn more visit bahaihouston.com 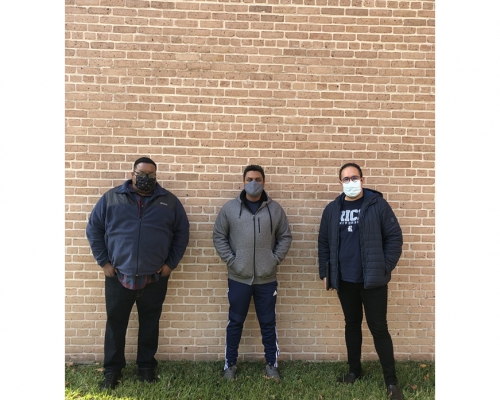