Co-founders Tom Larson and Andrew Ward form the core of the musical group Wahida (meaning unity in Arabic and Urdu), performing a unique mix of gospel, New Orleans second line, and Mardi Gras Indian music counterposed with music from Sufi and North Indian traditions. Their performances not only energize and entertain, but strive to create and sustain a higher level of respect, interest, and peacefully shared purposes between cultures through the use of musical and lyrical fusions. Drummer and percussionist Tom Larson lives in Nashville and performs nationally in jazz, blues, zydeco, and rock groups, among other genres. Andrew Ward lives in New Orleans and is a singer and International Development Ph.D. student with a litany of talents. Free beer provided by Saint Arnold Brewing Company and other goodies provided by HEB, plus Texas Blizzard Shave Ice will be on site! 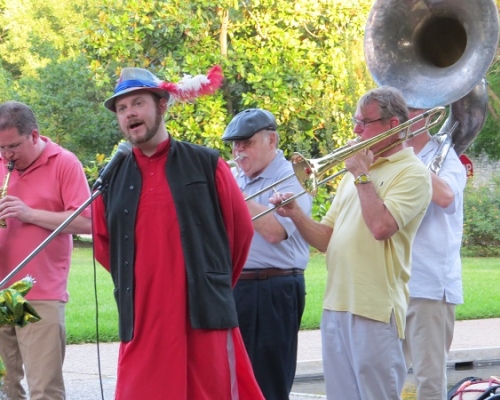